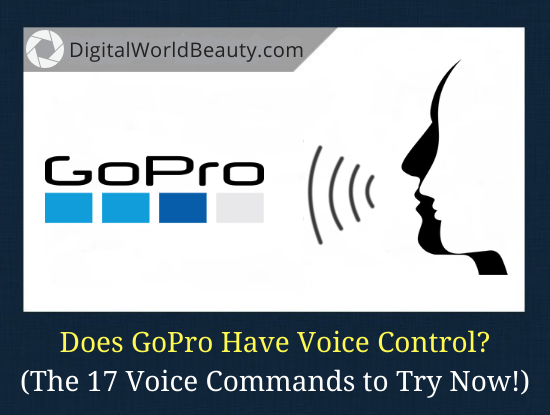 This post will show you how you can do voice control over your GoPro gadgets.

We all know one of GoPro’s main selling points is its awesome image stabilization that lets you capture moments literally on the go. But, as much as that is important, make it a habit to check out other “underrated” features as well – like voice command.

GoPro has been the leading tech giant for action cameras, and in a world where even the lights can be turned off by saying a few words, you’d expect no less from them. Newer models have a built-in voice command feature. This allows for easier and more convenient operation, at times when you need it most.

…and so many other things you need to know about remotely controlling the action camera with your voice alone.

Some of you might be wondering, just what is a voice control feature? Is it really necessary for action cameras to have this? Well, we will answer that one by one in this post.

Simply saying, voice command (sometimes called “voice activation”) allows you to operate a variety of equipment without actually touching or pressing its physical control buttons. It’s a more convenient way of doing things in this day and age where we are surrounded by advanced technology.

It works by saying a few words or phrases in order for the device to execute the assigned task.

What’s most important to remember is that while there are a few gears allowing customizable voice prompts, at least about 90% of these gadgets still lack that capability. So as great as it may sound, there’s still a drawback to this – limited executable tasks.

Nevertheless, it’s better than not having the feature, right?

As mentioned earlier, there’s only a handful of GoPros that has this awesome feature. If you own a model older than Hero 5, then I think it’s time for an upgrade if you want to have the same convenience offered by its newer siblings.

Here are the models that come with a built-in voice activation feature:

But don’t be bummed if your gear isn’t included on the list above. You can still remotely control the device via the GoPro app which is compatible with both Android and iPhone users. 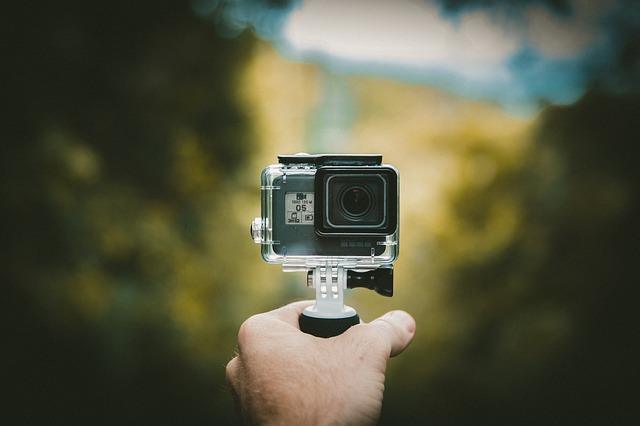 For those of you who are still skeptical whether you can voice control GoPro or not, there’s no need to doubt – you definitely can.

In fact, there are several basic prompts (plus special voice activation phrases for certain models) you can use to operate your action camera today.

>> Start off the command by saying “GoPro” and then adding these phrases:

Automatically gets you into still-shooting mode.

This will enable the HiLight feature that allows you to tag various frames in the video so that they’re easier to find during the preview.

Captures snaps without touching the shutter button. It acts as your invisible remote.

Enables your device to keep up with fast-paced action shots; freezing them in time.

Before you can do this, make sure you’ve said the command above first. That way, the gear will be ready to start the footage.

Pretty self-explanatory. Stops the time-lapse recording and allows for reviewing.

Takes you to the video-shooting screen.

Gets the gear into action by recording footage automatically.

Just when you’ve had enough fun, you only need to tell your action camera to stop recording for you and the job’s done.

After you’re done using the gear, there’s no need to press the power button. All you need to say are the magic words, and your action camera will shut off.

All of those prompts are available for the models mentioned earlier. However, there are 5 more commands that are specific to a particular unit alone. Check this out:

Recently, this command has been removed from Hero 10 (Black) but remains functional for models Hero 9 – Hero 5.

This is only applicable to Hero8 black and older versions. It activates the HiLight feature.

Applicable to same models above.

How to Enable GoPro Voice Control

So, GoPro voice activation… Now that you know the cool phrases to use in triggering various operations, you might ask yourself:

If you don’t enable it, you might end up getting frustrated when your action camera doesn’t function the way it should when saying those words.

There are actually several ways how you can enable the feature, depending on which model you have.

But the first thing you need to do, whichever unit you own, is to swipe down so you can access the menu. From there, check if there is a voice command icon (looks like a head with volume bars). Once you find that, simply click it and you’re good to go.

However, if you don’t have the icon, you may also click Preferences and then click the “Voice Command” option to enable it.  Now you can start operating your action camera without touching it. Just make sure you say the words clearly and loud enough for the in-body microphones to pick them up correctly.

Is Voice Command on GoPro Important?

The thing with these action cameras is that they were built to capture fast-paced activities for people with an active lifestyle. So, it means, every moment matters. And what better way is there to achieve seamless recording than remotely controlling the gear with your voice alone? There’s probably none you can think of.

One of the greatest things about having this feature is that you don’t need to physically interact with the gear in order to make it work for you.

Say, for instance, you’re out biking and you forgot to turn on your cam before heading out. Rather than stopping to push the power key, why not just tell the gear to turn itself on for you? Wouldn’t that be more convenient?

So there it is. The bottom line is that voice control allows you to conveniently use the gear without physical contact, whenever, wherever.

Technology has greatly impacted our lives. Now, computers, cameras, speakers, and other electronic devices know how to interpret our speech and trigger some important functions.

GoPro’s voice command is a feature that often goes unnoticed, but it’s actually very helpful in so many ways. It was added to the gear for a reason. It would be a complete waste not to try and take advantage of its convenience.

Let us know your experiences by sharing them in the comments section below!