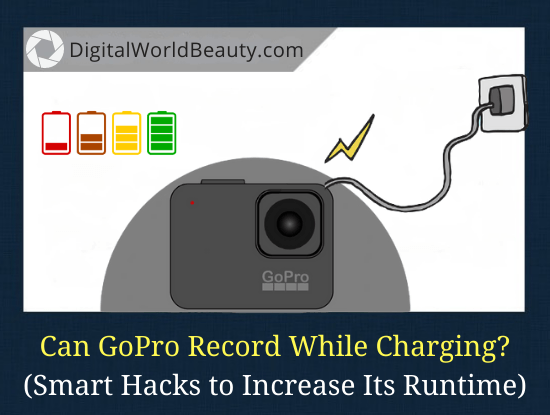 This is a complete guide on how to use your tiny device while charging.

Battery life has always been an issue with most GoPro products. Now, that’s not too much of a problem anymore because you can already record videos while charging it. You may charge with or without a battery, plugged to an outlet, or with a power bank.

If you are ready to take longer videos with your action camera, then this post is definitely for you. Let’s get rolling!

Can You Use a GoPro While Charging?

While this brand boasts a lot about high-end features, there is one thing about the products that will make you do a double-take (considering the price-quality ratio) – the battery life.

Even with the latest Hero models, the gear’s operating time can last an average of 2 hours under normal use. If you record with the highest resolution, then you can expect the power to drain faster.

(Sometimes your GoPro can overheat and needs cooling, so keep that in mind).

The good news is that you can now use these devices while charging. Although not applicable for older models, Hero 6 and above will allow you to do this. That simply means more runtime and videos!

By the way, below are the most popular models with the best battery life so far:

How to know if GoPro is recording?

How To Use GoPro While Charging

A standard battery pack is a basic way to power up an action camera, and it can sometimes be frustrating how they drain like water. But what if I tell you that you can actually do something that can help prolong that dreadful runtime? Well, say no more!

Here are some awesome ways on how you can use a GoPro without worrying too much about its operating time on a battery:

If you are indoors and would want to record super long videos like time lapse, then this would be your best bet. Well, that’s considering your power source is stable, which I believe in most areas are.

Here, you basically just use the gear while it is plugged into a wall charger. Even if your battery is almost drained, you can turn it on and continue recording like normal.

What happens here is that the action cam will use the direct power source to capture the videos, but the battery in itself is probably not “charging”. Or if it is, it’s rather very slow that you don’t get a full charge after two hours’ worth of plugging in and recording at the same time.

READ ALSO: Can You Take GoPro Batteries on a Plane?

So, charging a GoPro during time lapse is never gonna be a problem. Your cable should be long enough for the gear to still have the best view of the scene to be recorded. Or you can use an extension wire if necessary.

Many of you are probably wondering if it works with an outlet, would it also work using the standard power banks for mobile phones? Well, surprisingly, it does!

A 10,000mAh pack can power up a GoPro just fine, even with a drained battery. But, you should expect it to shut down once the power bank itself loses power. So might as well prepare a backup if you are planning to do more than 4 hours’ worth of recording.

Now, the first two options were understandable because the camera’s battery is still in place. But what if it isn’t? Would it still work?

The good news is, it will! This is definitely true for newer GoPro models like the Hero 7 up to 10 (usually the Black product lines). It will display some sort of a charging plug on the screen while you record with the gear.

For this one, I understand many of you will be skeptical. Can GoPro charge really charge with a power bank? Hey, as long as the bank’s got charge, why not? It is still possible since the gear doesn’t require that much power as laptops do.

Why Use External Power for GoPro? 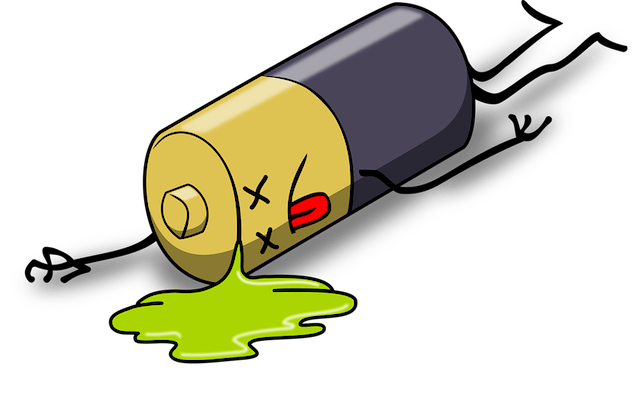 True, there are several benefits of using your action camera with an external power source, but that doesn’t come without drawbacks. Read on to find out whether you’d better invest in a spare battery pack or continue using your gear while charging.

It’s good to know that there are ways to prolong the GoPro battery life and recording time with external power, plugged to an outlet, and those are great as a backup plan for longer videos.

(Oh, and by the way you may also charge your GoPro in a car.)

If you are planning to do a long time lapse with this tiny device, might as well get the battery out and just use an external power source to avoid interruption. This will also prevent it from overheating since there will be more airflow inside without the battery.