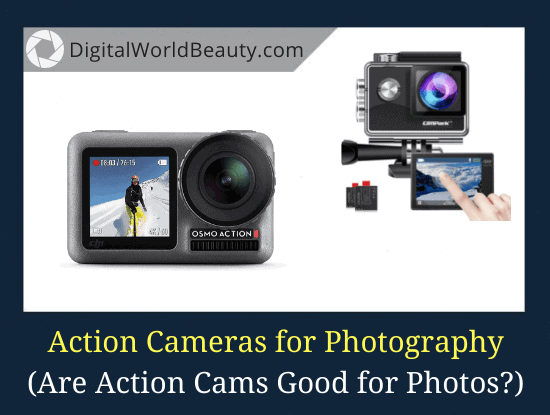 Welcome to Are Action Cameras Good for Photos guide!

You’re an extreme sports enthusiast, about to go cliff diving for the first time this season and want a portable camera to capture the whole moment, cliffside to under the water.

Action cameras are great for capturing videos of your adventures, but there is a lot of debate on whether or not they can be used as a good photography tool.

There are many features that make them different from DSLR and mirrorless camera systems. These differences involve resolution, sensor size, shooting speed, autofocus system, lens selection and more.

While there are various types of action cams on the market today, most of them are great not only for top quality videos, but also photos. Moreover, they are the most compact sturdy devices that you can take on your adventures and use hands-free.

What Exactly Are Action Cameras? 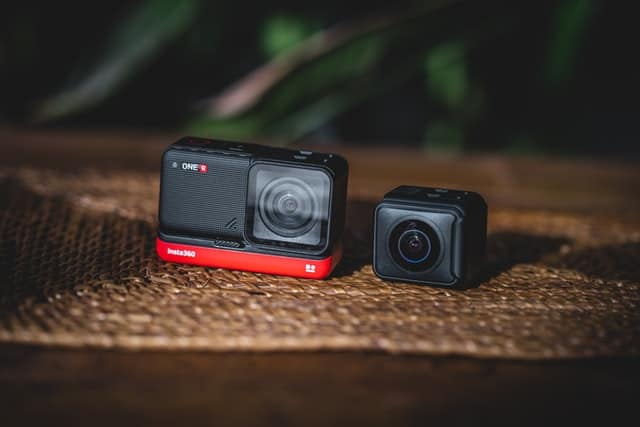 And by extension, what makes a camera an action camera?

Action cameras are portable cameras specifically designed to be used in the action. They’re excellent for situations where carrying a standard camera (photo or video) is not feasible.

For videos, that means activities like snowboarding or biking down mountains, surfing big waves, trail running or mountain racing, or even bungee jumping.

For photos, it encompasses hard-to-reach high places, tiny crevices, and unique angles (like an overhead shot on a small budget!)

They’re compact (normally no more than a couple inches in size,) lightweight, and easy to use – exactly what you need when you can’t devote any attention to the camera work.

They can survive falls, bites, stomps, water… really any activity that might ruin or break an otherwise digital camera (to a certain point, of course.)

That’s what makes them action cameras – the ability to capture images and action in ways a standard camera couldn’t easily capture. It’s a great way to drive creativity and construct new stories to tell. Their recent success has even propelled them beyond just amateur scenarios.

Did you know there are Hollywood movies that have used them to film some of their scenes?

In 2016, the action movie Hardcore Henry was released, famously known for being filmed almost entirely in the first person point of view. It’s like a video game come to life!

A year prior, The Martian was released, starring Matt Damon. Much of the scenes where Damon’s character is speaking directly to the camera (especially in a vehicle,) are filmed with a GoPro.

Indeed, they truly have come a long way since their introduction in the mid-2000’s. They’ve evolved to meet both the needs of professional filmmakers and the everyday photographer. 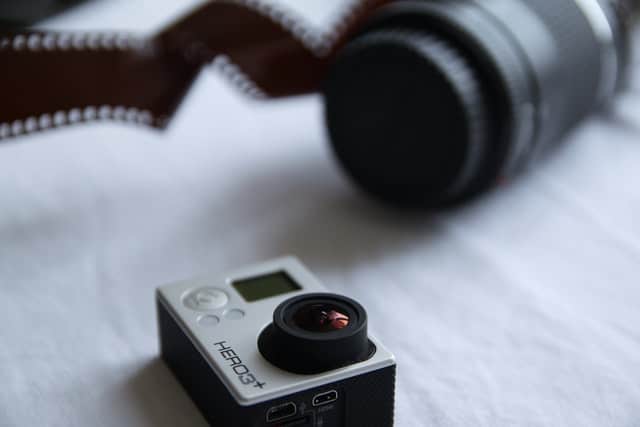 The truth of the matter is: when it comes to specs and control, a GoPro will likely lose to most modern DSLRs any day of the week.

But that doesn’t mean they’re without any merit.

Sure, DSLRs are bigger, thus have generally better components and can take on more attachments. You can swap out a plethora of lenses, attach external flash apparatuses, and have full manual control of your photos.

But don’t forget that action cameras more than make up with their durability, practicality, inventiveness, and, let’s be honest… price.

They boast still image resolutions as high as 20MP, videos in up to 5K resolution, and come with a variety of extra features. These include time-lapse modes, auto-editing, a front-facing screen, 360° shooting…

All for a relatively affordable price tag.

If you want a list of recommended cameras and their specs, check out my guide on some of the best action cameras currently available.

They’re all serious contenders if only for the fact that they come with unique qualities not found in most DSLRs – and if they are, they’re probably half the price of a GoPro.

Speaking of, let’s look at what you can expect from a GoPro or any other action cam on the market right now.

Some models, such as the newer GoPro HERO series models, have a Linear FOV mode where the camera can take, you guessed it, linear photos!

You can find some excellent examples of what these photos look like over here. The camera is able to ‘straighten’ images for you without worrying about changing lenses.

You can even find cameras with movable screens. You read that right: a moving screen on a tiny camera!

The Sony RX0 II, for example, comes with a screen that can tilt 180° and is fully waterproof. Water sports and snorkeling enthusiasts would do well to snag one of these divers.

For fans of non-standard camera designs, look into getting an Oclu action cam. It boasts a screen on the side of the body.

A perpendicular screen is pretty nifty in the right situations. It’s especially useful for those who want a view of their shot in tight spaces – say, a cluttered table top, or a corner shot.

On the opposite end of the spectrum, if you’re looking to capture big spaces around you, the Insta360 series has you covered.

Their cameras specialize in capturing the entire scene around you. Live 360° concert footage, anyone? Not convinced? Watch it in action below:

And if that’s too much for you, you can find lots of cameras with front-facing screens, instead.

The DJI Osmo Action is one such camera, well-known for having not just a front screen, but screens on both sides. What’s more is it can capture images in both JPG and RAW file formats.

Although not universally essential, RAW files are especially useful for those who want the highest quality and fullest control of their images after the fact.

For those who aren’t familiar, RAW image files preserve all the sensor data of an image. In other words, you’re able to more easily make adjustments and corrections after a photo is taken.

No, this is more for fixing up exposure levels, color correction, and so on. Your images are uncompressed and are better suited for print and non-destructive editing (original image is left untouched by your edits.)

For that reason, action cameras with RAW image capabilities like the DJI Osmo Action are great contenders for vloggers, photographers, and on-the-go adventurers looking for an all-round compact powerhouse of a camera.

One final aspect I wanted to mention actually has nothing to do with the make of the camera, but its size.

Owing to their small design and durability, action cameras pair best with drones.

Drone photography is a new type of professional photography, and it’s still taking off!

Their light weight and compact size make for easy installation and less chance for breakage. Imagine taking a long exposure overhead night shot with a drone, a GoPro, and some glow sticks. Talk about a dazzling display of creativity.

A note on using action cams:

Despite their strong points, I should point out knowing how to set up your still shots is essential if you want to make the most of your tiny device.

Here’s a refresher on the basics, in case you need it.

You’ll want to have a good understanding of photo composition, the Exposure Triangle, and your camera’s dynamic range for starters.

In other words, knowing the relationship between aperture, shutter speed, and ISO, as well as appropriate exposure levels, is paramount for getting the shots you’re envisioning.

Work with what you got since you won’t have the full potential of a standard camera in your hands. This is especially true if your camera can’t capture images in RAW.

Remember: the camera is only as good as its user – you!

So can you take professional pictures? Is action camera good for photography? That’s a confident “Yes!“

But which is better: an action cam or a DSLR?

Well, that depends on what you’re looking for in a camera.

Are you in the market for fully customizable equipment, from lenses to attachments, bulkier bodies, and a classic experience? DSLRs are what you need.

DSLRs excel at lens variety (good luck taking macro shots with a GoPro), and are nearly limitless in what they can do for you.

That said, if you are an on-the-go adventurer, an off-the-beaten-path creative individual, or even an on-a-budget amateur photographer, then action cameras will do you just right.

Here’s my list of GoPro alternatives, if you’re looking for cheaper options.

They pack in just enough power and features to drive your creativity beyond what a classic DSLR could. They’re sleek, small, and easy on your wallet. They’re an excellent choice if standard cameras don’t suit your fancy at the moment.

Now, I’d love to hear from YOU:

Let us know the favorite thing about yours in the comments below!