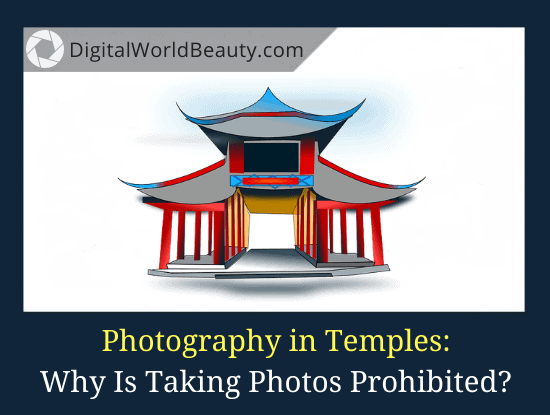 Photography is not allowed in many temples and even in some Orthodox or Catholic churches. As a tourist, you might find this rule a bit frustrating, since most of these places really do have great view and gram-worthy set up.

However, you should also keep in mind that restricting this kind of activity inside these sites are part of the place’s culture that you are bound to respect, no matter what.

Today, we will be talking about the various reasons why photography is prohibited in temples so that you can better understand the strictly imposed restriction despite most being considered as tourist hotspot.

Let’s get started, shall we?

Why Photos Are Not Allowed in Temples & Churches?

Below are the main reasons why photos are not allowed in places like temples, churches, cathedrals, mosques etc.

The first and very obvious reasons why there are strict regulations surrounding temples and churches is that to the religious, these places are holy. They contain images, sculptures and other things that represent the deity that the locals strongly believe in.

Taking pictures or doing other leisure activities inside these areas are seen as utterly disrespectful towards the culture and the Holy one worshipped inside.

Aside from that, both temples and churches have items that are consecrated, thus requiring ultimate reverence. That’s why mobile phones are also prohibited in places like these. Any other activities aside from worshipping and adoration are strictly frowned upon.

So the next time you visit these iconic sites, always be mindful of your actions.

I just want to emphasize this even more. Temples and churches (regardless of religion) are made for meditation and worship. It is not meant to function like a park where you can come and go and do as you please. In fact, some countries impose strict rules when going inside one of these places.

The point why you are prohibited from taking photos is that you might disturb other pilgrims that are there for meditation and worship. Since these activities require peace of mind and stillness, it would be difficult to focus if the people around you keep pressing the noisy shutter buttons, or worst, letting out annoying camera flash.

So instead of being able to focus on praying and venerating, the pilgrims might keep glancing your way and throw looks of frustration, and I bet you don’t want that.

Temples (just like museums and churches) have become a hotspot for most tourists, especially those who have religious origins. With its increasing popularity also comes greater threat to security.

Many of these places display statues and images with very high value. Sometimes, statues are even made out of gold. So, taking photographs and posting it openly to the public is like inviting thieves to come over and steal the valuables.

Also, there might also be greater security threat if the positioning and layout of the temple is revealed. Information about exits, specific positioning of an item, and even location of security cameras will easily be spoiled through pictures.

Once robbers (or worst terrorists) know about this, who knows what they will do with the opportunity presented in front of them. So to protect the place from the ill-intentioned people, the interior layout is made for-your-eyes-only, never photographs.

This is a rather uncommon reason for not allowing mobile phones and cameras inside sacred places, but a lot of people believe it is true.

Most spiritual gurus explained that taking photos of deities will capture a portion of the being’s energy and power. What they are trying to say is that if many people do this, it will leave the deity powerless.

Personally, I don’t think a photograph can have that much effect on a holy being’s power. The real reason could be that the more their imagery becomes publicized, the less popular and less venerable they might become. 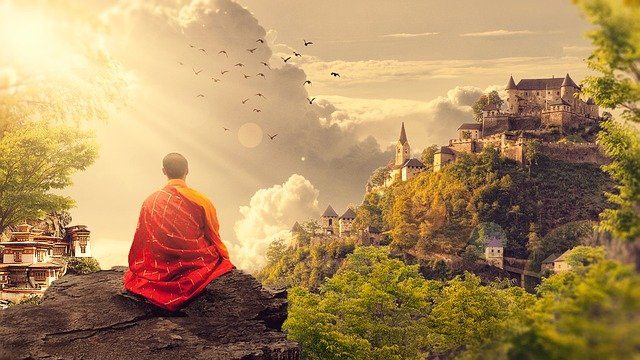 Q: Is taking photos really prohibited? How come there are so many pictures of temples online?

However, this doesn’t mean you cannot take pictures outside. They still allow you to pose near the entrance, or by the façade. They will not tell you off for that.

Plus, this rule might not apply to all the areas in the temple. There might be some certain areas where you are allowed to take pictures of.

Most likely, these are the spots where there aren’t any consecrated items. That’s actually better than not being able to capture you visit in camera at all.

Q: Does India ban photos inside temples too?

India is one of the countries with the most number of temples, and they are quite popular. They have millions of Hindu shrines where pilgrims and the faithful worship the divine being. And of course, they are the most popular in terms of banning photography inside as well.

The main reason for this is that they believe that people should go here to connect with the Divine. And in order to do that, one must focus on that alone and let his spirituality embrace the Holy presence.

Q: What happens if you insist on taking photos inside temples, museums, or churches?

Depending on the place you are visiting, there are different set of consequences you might face in case you insist on doing what is prohibited.

Worst thing that could happen is you get banned from visiting the same place ever again, or get apprehended by local authorities. If you want to have a smooth-sailing trip, then I highly suggest to follow the rules of the place religiously.

No matter what the reason is, it is always good to follow the rules of a certain place especially if you are just visiting. It will not do you any good breaking any of these rules. As much as you want to be respected as a tourist, you should also pay due respect to the local’s culture and beliefs.

What are your thoughts on why photography is not allowed in temples, churches, museums and other places like that? Let us know in the comments!