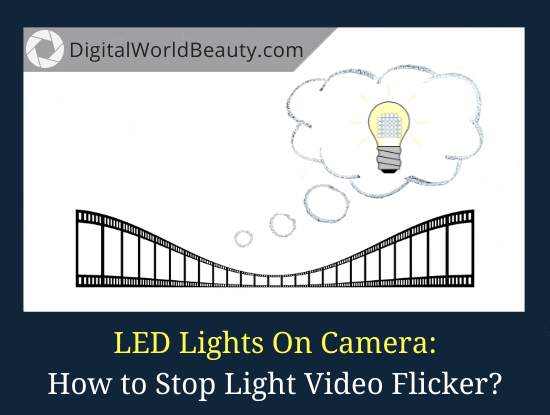 LED Lights on Camera: How to Stop Light Flickering in Video? (Guide)

When we see flickering lights in videos and movies, we almost always think about horror and thriller scenes. While this is a common effect in movie genres like those I mentioned, not every clip you see with flickers is meant to scare you.

Sometimes, it is an unintentionally created effect when filming under artificial light. Some filmmakers may find this beneficial, especially with scenes that need this kind of drama. But to others, this is nothing but a bother.

So today, I’ll help you learn why do LEDs flicker on camera and how to fix flickering lights in video (with the special plugin and Adobe Premier Pro).

What are really these so-called LED lights (Amazon) and what role does it play in filmmaking or taking photos?

For starters, LED (also known as Light Emitting Diode) is an artificial source of lighting used for illuminating poorly-lit venues, especially indoors. They are 90% much more efficient than conventional fluorescent and incandescent bulbs.

These tiny diodes are incorporated into bulbs to produce more radiant lighting. Because they are tiny, the bulbs turn out smaller than usual yet brighter than ever. And this allows for unique bulb designs as well.

But, did you know that there are two types of led lights? Constant and strobe.

Constant LEDs have a steady light output while strobes emit bursts of it at regular intervals depending on the frequency they’re set at.

How does this relate to photography and filmmaking, you ask?

There is a strong correlation between lighting and digital media. Despite filming indoors with lighting fixtures, you will most likely need an additional source to brighten the entire space to ensure you get the right shot.

Since LEDs are pretty powerful, they are usually preferred at times like this.

Cinematographers also use this even when filming outdoors, especially during nighttime. The luminance from this source is really helpful in bringing out the scenes.

When shooting video with a mirrorless or DSLR, if there is any type of flickering in the scene due to the use of an artificial light source (such as fluorescent bulbs, tungsten bulbs, and most importantly LED lighting), then it’s likely caused by how fast those pulses are coming out from the bulb.

The faster they are, the more pronounced they become. As a result, they are often captured by your camera. 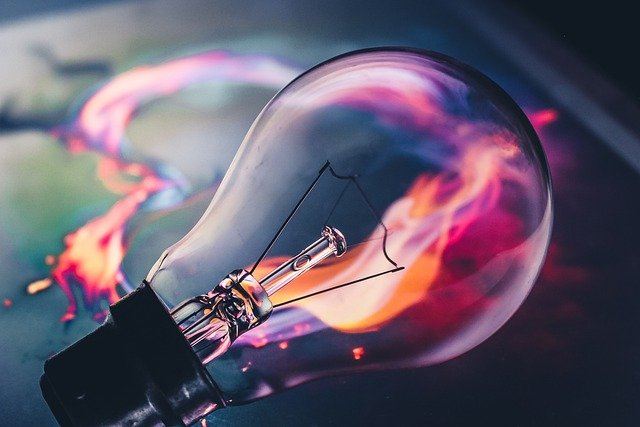 Have you ever watched one of those suspense movies where the actor is in a dark basement with flickering lights? Chances are, these effects are intentional and part of the screenplay as decided by the production team.

But, have you tried recording clips in a perfectly lit room yet experienced the same effect when you replayed it later on your digital camera screen/camcorder?

This often leaves you wondering how it happened since you certainly didn’t notice it with your own eyes.

Here are the possible reasons why that happens, and don’t freak out, it’s quite normal:

When you use artificial light, be it LED, fluorescent, or incandescent, there is one thing in common between them: they FLICKER.

However, the human eye can’t see this because when it does, it’s super fast. This is very true, especially for fluorescent tubes and bulbs. If you think they are constantly ON, then you thought wrong.

Actually, it turns on and off at times without you even noticing it.

This is a normal behavior of fluorescents. It does switch from on and off pretty quickly and at standard intervals. And this is what your camera catches, unfortunately.

Another possible reason why LED flickers is due to its power supply. If the location has an unstable voltage supply, then there is a greater chance for you to see this kind of effect.

Also, various regions use different frequencies, which also plays a role in creating this unintentional effect.

Not a lot of people know this, especially those still starting out to explore filming. However, this is the most adequate reason why you see flickers on camera while your bare eyes couldn’t.

The frame rate and shutter speed used by the one taking the video affects the way the lights are seen on capture.

If you want to test whether they on your end really flicker, try recording two videos: one at normal speed, and the other in slow motion.

You will notice that the lights on the footage in slow motion tend to really flicker strongly.

How to Stop LED from Flickering on Camera?

Seeing these flickering lights are annoying for most people. But don’t worry, there is something you can do to reduce (if not totally eliminate) this effect. Here are some tips:

Faster frame rate speed causes your camera to capture more details, thereby making the flickering of LED lights more obvious than it really is. The more frames per second it takes, the higher chances of these effects to get into the video, thus creating that eerie effect.

If you want to reduce its occurrence, you can try reducing the fps on your camera setting. If it still doesn’t work, have a look at the bulb itself and see if it has any problems.

This is the simplest way you can reduce the flickers caught on video/slow motion. As you move away from the source, the light tends to lose luminance and has a lesser ability to reflect. This allows for ‘quieter’ capture.

However, there is a downside to this. As you move away, your frame gets darker, so you will need to adjust exposure and aperture accordingly. Now, if you don’t get the proper balance between the two, you might end up with rather dark or overly bright footage.

Shutter speed also plays a role in capturing details in the frame. You need to consider the power supply’s frequency in order to have your shutter speed adjusted.

For instance, if you are filming at a set with a power source using 60Hz, you might want to shoot at 30fps with shutter speed set to intervals divisible by 60 (1/60, 1/120, and so on). This will help reduce that flickering effect.

You can also try adjusting the brightness of the light source if you can. The duller it gets, the less flickering you will encounter.

But then again, it always has the same drawback with moving away from the source. Your frame gets darker.

Consequently, you can simply adjust your camera settings to counteract the dullness of your light source.

So, how to stop light flickering in video?

Some video cameras/camcorders have flicker suppression functionality, but no camera can adapt to constant frequency changes. As a result, the flicker in your video footage has to be removed during the editing process.

There are several plug-ins to get rid of (or rather, suppress) the flicker problem that can work in Adobe Premiere Pro. Although, realistically speaking, only one works well: Flicker Free from Digital Anarchy plugin that can deflicker time lapse, LED, and slow-motion.

This way, using these tools, you can sort of get rid of the flickering that you see in your videos. (Here’s another resource that might help.)

Earlier I also shared Justin Brown’s tutorial on how to remove flickering and strobing in video with this flicker-free plugin (including the drone footage). I encourage you to scroll up and watch the video if you still haven’t.

LED lights are the newest craze in photography. They give you a more natural-looking light and can produce some really beautiful images.

However, with this new technology comes one major flaw: LED lights tend to flicker when they’re turned on or off, which is a big problem for photographers who need consistency in their lighting.

But the good news is…

You can try out all those above-mentioned techniques in order to reduce LED flickers caught on our videos.

If they still don’t work for you, then best believe you will need to replace your lighting because it might have an actual blinking problem that you don’t actually notice.

Now, I want to hear from YOU:

Let us know your thoughts in the comments section below!