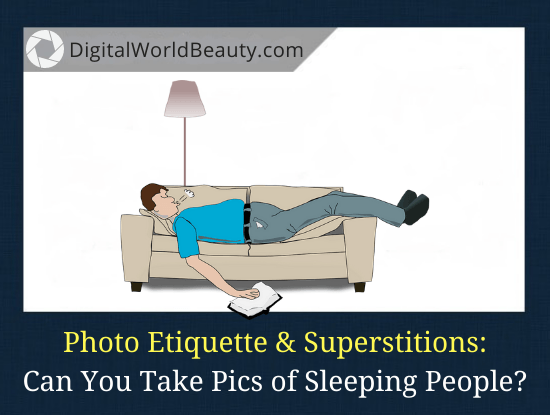 A photographer’s creative impulses can be limited not only by his own imagination, but also social and legislative norms.

As you may know there are many bans on photography in temples and churches, museums and theatres, and other public places. However, many of the prohibitions are not always dictated by the law, but by human customs and prejudices.

In this article, I’ll be talking about the main photography superstitions present in certain cultures.

Why You Can’t Take Pictures of Sleeping People?

Why is it bad to take a picture of someone sleeping?

Mostly, this has to do with superstitions.  So, let’s discuss where these photography superstitions are coming from.

Some people believe that photographs retain the energy of a person. It is believed that if a photo of a sleeping person falls into the hands of a psychic or someone who does black magic, then this can lead to the evil eye, illness or even death.

It’s the reason why some believe that taking images of graves is bad luck.

According to some religious beliefs, the soul leaves the body during sleep. At this time, a person becomes defenceless and vulnerable to the otherworldly forces.

These beliefs have a medical rationale. Human sleep consists of deep and superficial sleep phases. And if someone is woken up by a sudden flash or the click of the camera in the wrong phase of sleep, it can be very frightening and even cause a heart attack.

There is also a historical explanation for this prejudice.

In the 19th century, when the first photographs started taking place in a society, they were very expensive and took a long time to make.

Among the rich and famous there was a tradition of photographing a deceased person as a souvenir – the so-called post mortem photographs. The deceased were seated among the living, seated in a chair with a newspaper, or photographed lying in bed – as if they were “sleeping”.

The tradition of photographing the dead continued until the 60s of the 20th century. On the basis of this, a prejudice was formed in some cultures: to photograph a sleeping person leads to imminent death.

There is also an ethical aspect of this prejudice.

The fact is that when sleeping, a person doesn’t control their facial expressions, gestures and postures. It just might turn out bad in a photo. And in general, some people believe that it violates their personal space when their most vulnerable (see #2).

That is why you should not take pictures of sleeping people if they did not give permission to do so.

It’s up to you whether you believe or not these superstitious/prejudices.

But as a photographer you must respect the beliefs of his models. Of course, most of the photos of supposedly sleeping people were not taken while they were actually sleeping.

If you want to shoot a scene with a sleeping person in the frame, just recreate it with your model: ask them to take the necessary position and to close their eyes – in this case, you are guaranteed to get successful shots in which the model will look photogenic.

Can We Take Photos of Newborn Babies/Kids? 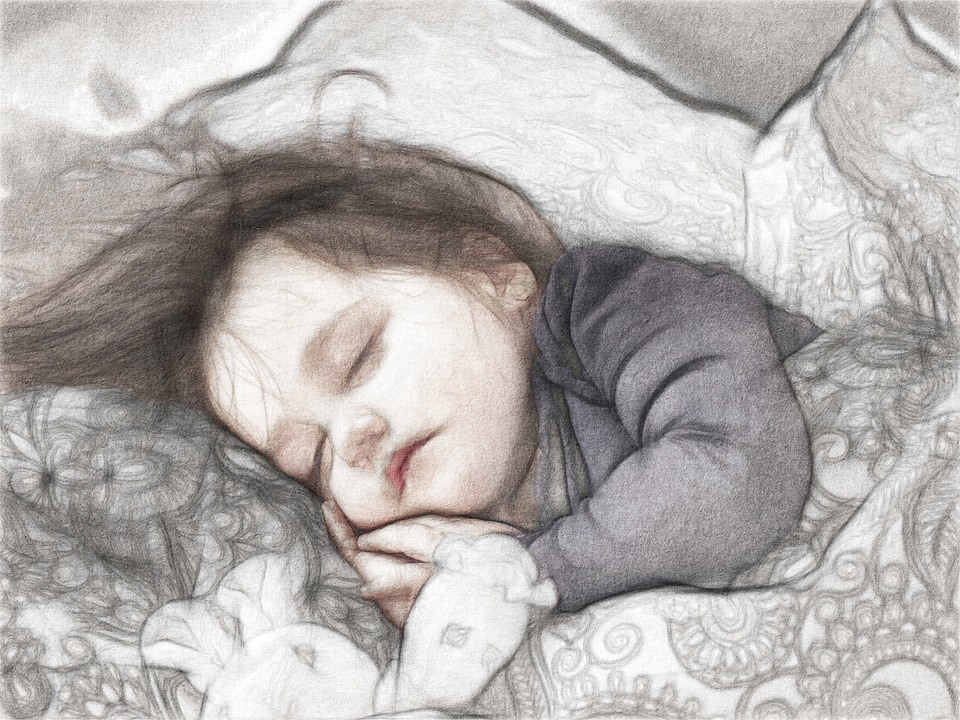 Why we shouldn’t take a photo of newborn baby?

Well, you can. And if I’m honest, there are a LOT of courses, workshops, and masterclasses for newborn photography online. These are very valuable photographs because children grow up so fast!

But the older generation often has its own opinion on this matter. Many parents and grandparents are against filming newborn babies until they are at least 40 days old.

What is the reason for the traditional ban on photographing newborns?

Of course, it has to do with religious convictions. In Christianity, this is associated with the rite of baptism.

The fact is that a young mother cannot visit the temple for 40 days after giving birth, therefore it’s recommended to baptize the baby immediately after this period. It is believed that before baptism, the baby is defenceless and vulnerable to evil forces, and after the rite of baptism, he finds his guardian angel.

But in our time this is not so relevant, since children are not always baptized at birth: often times, this rite is postponed until they are 3 months old, one year old, 7 years old, or even when the child has reached the legal age.

What do newborn photographers think?

According to newborn photographers, it is better to take photos of babies in the first 10-14 days of life, when they are sound asleep and easily fit into various positions. And you can shoot with natural light at home or with pulsed light in the studio.

It all depends on the professionalism of the photographer, the wishes of the parents and the individual characteristics of the child.

If the baby shudders during sleep from harsh sounds or changes in lighting, it is better to take pictures without a flash, so you don’t negatively affect the newborn.

I wouldn’t say that it’s illegal to take a picture of someone sleeping (not that I know of), but you definitely have to take certain things into consideration.

1). Be careful to take photos without permission of strangers. After all, it’s not a street photography where you capture shots to document everyday life.

2). If little kids or newborns are involved, of course, make sure there’s no loud shutter release or flash happening. You don’t want to suddenly scare the child.

3). In certain cases, you’d have to ask yourself: “Is it creepy to take a picture of someone sleeping?”. For example, your new girlfriend/boyfriend might freak out, should they catch you doing this.

Frankly, it’s not exactly something I’d do. But photographers are impulsive artists and if you believe that it’s a shot worth taking, you can. Just be prepared that some people might not like that post-factum.

What is your experience with photographing someone in their sleep? In your opinion, is it bad to take pictures of sleeping people?