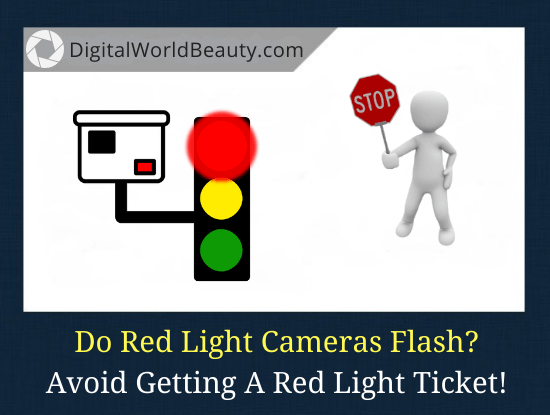 Know when a red light camera flash has taken your photo!

Being a driver entails a lot of responsibilities. Every time you take your car on the road, you have to ensure your safety, and the security of other drivers and pedestrians too. It goes without saying that you also need to fully be aware of the traffic rules, both national and regional.

Running a red light is one of the most common violations to ever be recorded on densely populated roads and highways. So to ensure no one continues being a stubborn driver, many cities have installed cameras along intersections. This helps the local authorities trace violators easily.

But do these red light cameras flash? Well, most of them do include flash systems to make sure license plates are properly captured, while others don’t. It depends on the type of cam installed by the locality.

… and so much more useful information about traffic light cameras you need to know.

Let’s get the ball rolling, shall we?

What Is A Red Light Camera & What Does It Do?

Traffic violators are hard to spot, especially in places with less police visibility. As a solution, a lot of cities have resorted to using technology to aid in capturing the stubborn drivers and ensuring they are given the due penalty.

A red light camera is a device set up near the traffic lights. It is usually situated either on top of the sign or on a separate pole just beside the signal lamps. This way, it can easily spot those drivers that speed up across the intersection even during red light.

It captures a photo of the speeding car so that the authorities can trace it accordingly. The main point of this is for the camera to spot the license plate to ensure that the registered owner gets a ticket for running a stoplight.

How Does A Red Light Camera Flash Work?

Many of you might be wondering, how does that even work? Do red light cameras flash as well just like normal ones?

Well, just like any other camera, the ones installed on traffic lights have a flash mechanism. It allows the gear to freeze motion and properly take a picture of the car’s license plate. Since these drivers probably don’t slow down while crossing a stoplight, it would be best to have a device capable of keeping up with its speed.

But, do red light cameras also flash during the day? Of course, it does. However, since the sun is up and it’s usually bright during the day, some can hardly notice it, not as much as during nighttime.

So, how many times does a red traffic light flash? When does a red light camera trigger?

It flashes when some violators are detected. This way, you will be aware if it took a photo of your car or not. The next time you are at an intersection, be careful not to run past the stop line when the light is red, or else you’ll end up getting a ticket the next day. 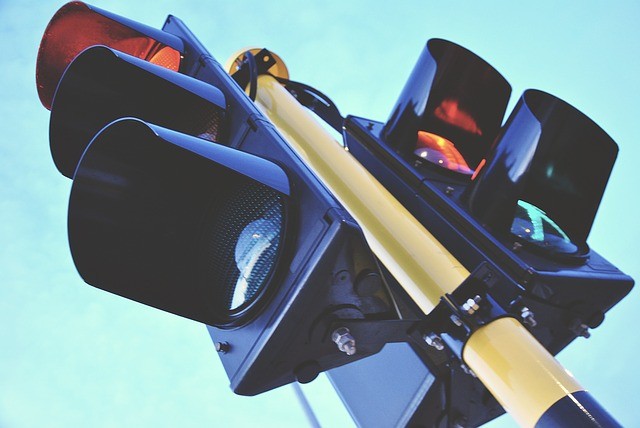 If you are not familiar with the traffic light camera system, then I’ll briefly explain it to you here. There are basically just three major components of this equipment, and they are as follows:

This is the main part of the entire system. It is the one that captures the photo. Sometimes, it could look like a bigger version of a CCTV, so you’re probably familiar with it.

Since the main purpose is to take a photo of the violator, the cam is positioned above ground, sometimes along with the traffic lamp or beside it. This way, it will be easier to spot the license plate.

Normally, this device takes two photos of the car, one second apart. This is to help authorities decide whether the driver has continued driving past through the intersection on a red light or just managed to stop a little too late.

This is an indicator that the system indeed took your photo. Even during the daytime, it flashes so that the cam can properly get a clear image of the plate number.

Of course, this controls and records the data taken by the cam. It is linked to a server where the authorities can view the existing shots taken, making it easier for them to issue a ticket to the violators.

Red Light Camera Took My Photo: Things To Do

This system was installed by many cities to discourage violation of the stoplight sign. It aims to promote a safer driving environment, not only for you but for other road users as well.

If you have ever seen one take your photo, then this means you have violated the rule and must pay the price for doing so. Here’s what you can do when this happens:

Every traffic violation has a corresponding penalty. If you know you clearly disregarded the law, you must be ready to settle the amount in your ticket.

This is another thing you need to do when you get a ticket for violating traffic rules. Depending on your driving record, your penalty may be discarded or collected. In court, you will have the chance to explain to the judge about the incident.

Normally, if you have a very clean record, judges will most likely be lenient towards you. In fact, you may even request a deferral. Once granted, you will be given around 6 months to ensure no commission of other traffic violations during that timeframe.

If in case you didn’t get a ticket within that 6-month period, the ticket may be taken off your record and no points will be added for the violation.

On the road, you have to be mindful of what’s happening around you.

Aside from paying attention to other vehicles, you should also be fully aware of the road signs, symbols, and traffic rules. Since every violation goes on your driving record, it would be best to keep it clean as much as you can.

So the next time you are at an intersection and the light says stop, don’t even think about forcibly running through it. Or else, a red light camera flash may catch you at that very moment.

Let us know your experiences in the comments section below!